Being Thirsty: Part One

Discussing sexuality within the black community, I think of the anthem, by Prince, appropriately titled, Sexuality. The song calls for a sexual revolution, “sexuality – let your body be free.” This specific line of the song has continued to stand out for me since I was a preteen. Yes, I listened to Prince before the era of Explicit Lyrics being a barrier to purchase albums. Oh! Yes, I went into a record store and purchased vinyl albums and cassette tapes. A nostalgic memory is coming – my pink boom box!

Okay, back to the matter at hand.

Within the black American community, the agency, autonomy, and ownership of the body has been a continuous traumatic struggle across centuries and through generations of families. From Hottentot, on display, as a sexual freak in a side show TO the black man being used for stud services on plantations TO being told you are 3/5 of a person TO strange fruit hanging in the trees TO only being worthy for back door entrances TO torture for not staying in your social position and within the white man’s expectation TO Moynihan putting the black family’s future in a hopeless state TO being attacked for being BLACK. Jocking for position outside the shadow of other’s fear of the black body and black identity has been a social justice and human rights issue. Thus, the body and the identity include sexuality.

The stereotypes and archetypes that have capsulated the sexual freedom of black women and men is discussed, dismantled, restructured, and rebuilt within my practice daily. I witness and support the angst that women experience as a result of their worth and value being challenged by their history and prevalence of the archetype, Jezebel. Jezebel represents the over-sexualization and fetishism of the black body. The freedom that is realized when sexuality and relationships are reframed to be an emotional and a mental affirmative consent to “be” versus obligation to “do.” Unrealistic media expectations of the ideal physical esthetic and sexual prowess are right sized to a radical self-acceptance and a realistic self-constructed-expectation of sexual expression versus the socially constructed.

Sexuality is more than the expression of activity within the bedroom. Sexuality is the manifestation of wants, needs, and desires. It is the accumulation of one’s creativity, identity, and vulnerability. It represents power and a precious gift that is to be shared with others. Not exploited. 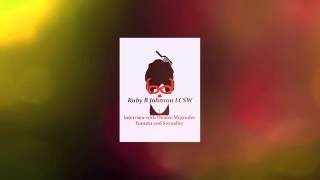 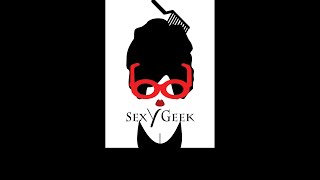